Subscribe to the Occhio News and we will provide inspiration for a new culture of light, product news and events.

Get access to over 6,000 high-quality images of projects, applications, Occhio luminaires and much more. 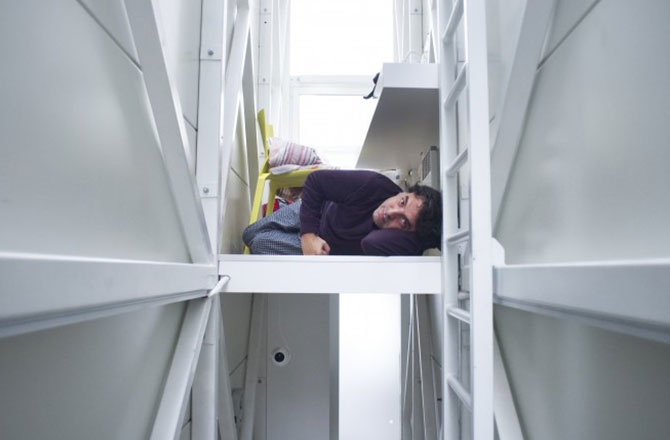 The construction consists of a steel frame clad in plywood panels, sheathed in composite panels and polystyrene. To enter and leave the apartment the visitor goes through a trap door which is closed by remote control and can be transformed into a smooth surface. The front façade and the sloping roof of translucent polycarbonate ensure the natural lighting of the inner rooms. At the center of the communal area the only decorative spotlight in the house is to be found: the Occhio io 3d sof tto suspended luminaire.
Discover io soffitto
Discover io soffitto Did you ever think the project would attract this much attention?
The reaction was a surprise, but also something we desper- ately needed, since we’ve had to fundraise 70 percent of it’s cost with private sector, so we’ve had an obligation to prove it’s visibility in terms of marketing. It helped us a lot and made it possible to be built!

Who uses the building?
Artists, since with Etgar, Polish Modern Art Foundation and the help of City of Warsaw we’ve turned it into an artist in residency in which for now, 9 artists lived and worked since November 2013. They were selected from 982 applications.

How have the residents received the project so far? The inhabitants to date also included an Iranian architect couple, who literally squeezed into the house. We’ve proposed another space for sleeping, so those who’d feel tired of the »trash crusher from Star Wars« would feel more comfortable, but artists stayed in the house most of the time. We were lucky enough to choose only people who were really into living in this minimum habitat! We’re collecting their remarks and we will publish a book next year about their life and work in the house. 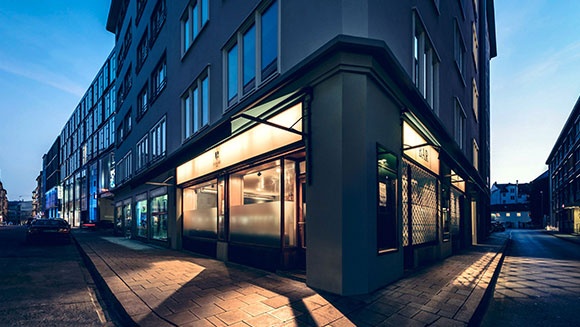 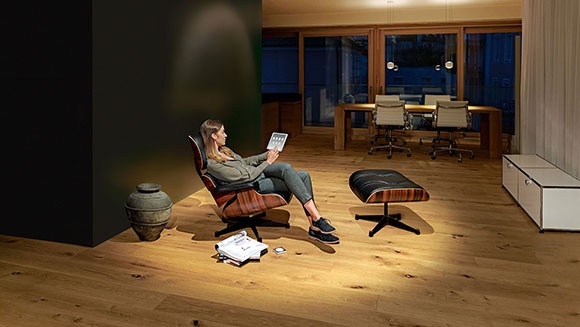 Light is about more than luminaires – it creates living spaces, moods and atmosphere. Let yourself be inspired by a new culture of light.
Empty

To provide you with the best possible experience, we use cookies on our website. These cookies are primarily necessary for the operation of our website. We also use tracking technologies for analysis and marketing purposes. You can decide yourself which cookies you would like to accept. However, please note that not all functions of the site may be available.

These cookies help us use certain tracking technologies and to deliver an optimal online experience tailored to your interests.